Editor’s Note: There were two major developments in the crypto space over the past two weeks. On December 31, the owner of the New York Stock Exchange announced it was delaying the much-anticipated launch of its Bakkt crypto exchange. And last Tuesday, reports surfaced that hackers may have attacked one of the world’s largest blockchains.

Editor: Thanks for taking time out of your day to talk to me today, T. I know you’re busy, so let’s get started…

I heard reports that hackers may have successfully attacked the Ethereum Classic [ETC] blockchain last week. What does that mean for crypto investors?

Teeka: Well, people are still trying to figure out what happened. Was it a 51% attack or a selfish mining attack? We still don’t know yet… and we may not know for a while.

I won’t go into the details of what 51% or selfish mining attacks are… Most people don’t necessarily care what type of attack it was. What they want to know is how it affects their holdings.

First, let me tell you what Ethereum Classic is.

In 2017, a dispute between Ethereum programmers resulted in two different versions of Ethereum. The original blockchain came to be known as “Ethereum Classic” and the new blockchain kept the “Ethereum” name.

Ethereum [ETH]—not Ethereum Classic—has gone on to become the most popular blockchain among developers. ETH is the second-biggest blockchain by market cap, behind bitcoin. ETC is eighteenth.

On the scale of hacks we’ve seen in the past, this was pretty small—between $500,000 and $1.1 million. To put that in perspective, Ethereum Classic’s market cap is about $500 million.

What’s particularly telling is the market has taken the attack in stride. ETC was only down 7% on the news.

MENSA considers him a genius!

Editor: I thought the purported hack would’ve had a worse impact on Ethereum Classic’s price—and the entire crypto market—than it did… Yet, token holders seemed to have largely brushed it off. The fact that ETC retained its value shows the crypto space is maturing.

Moving on to the next development, can you update us on the Bakkt exchange?

Teeka: Sure. The Bakkt exchange is owned by the same company that owns the New York Stock Exchange. It was scheduled to launch on January 24.

However, the launch has been delayed until Bakkt can secure a special ruling from the Commodity Futures Trading Commission [CFTC]. The problem is that the agency is tied up in the government shutdown.

Once the shutdown is over, we expect the CFTC will have quite a backlog of urgent matters to attend to. And we don’t know where the Bakkt approval is on its list of priorities.

However, what we do know is Bakkt’s parent company—the Intercontinental Exchange [ICE]—is one of the most important exchange operators in the world. As such, it makes sense it’ll lobby the CFTC extensively to get the approvals it needs.

And the Bakkt launch will be very bullish for crypto assets.

It’s one of the two big events I’m looking forward to taking place this year. The other is the introduction of a bitcoin exchange-traded fund [ETF].

Editor: Why are you looking forward to an ETF?

Teeka: The Securities and Exchange Commission [SEC] has blocked several bitcoin ETF proposals over the past two years. Once Bakkt launches, the SEC is going to have a very hard time defending its decision.

That’s because Bakkt will finally provide a globally recognized trading platform that every other regulatory agency in the world will approve and work with.

This will stretch the SEC’s credibility to the breaking point if it continues to say bitcoin is still too immature of a market to support an ETF.

Editor: So is the bottom in yet for bitcoin?

Teeka: No. I’ve been telling my subscribers they need to be mentally prepared to have bitcoin retest the December 2018 low of $3,200—maybe even lower.

That’s an unpopular thing to say, but it’s what I believe. Longtime readers know—whether good or bad—I’m always going to be straight with you… and tell you what I believe.

Once we see another dose of extreme pessimism hit the market, we’ll have some amazing deals that I think could send it up 10x or more by year-end. 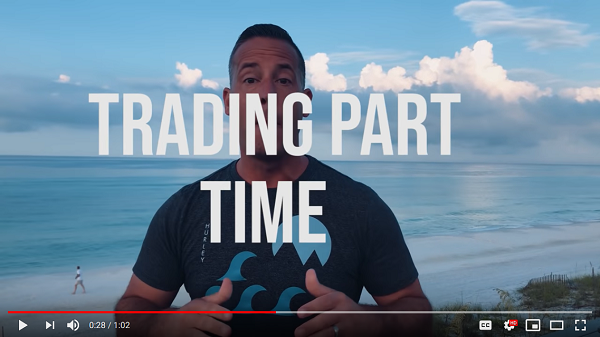 Teeka: You have to remember, crypto is a global market. So one exchange in the U.S. isn’t going to spell doom for exchanges around the world.

Bakkt will cater to institutional clients first, and individuals later. So there will still be room for other exchanges.

I think Bakkt will just make the overall pie bigger—not put everyone else out of business.

But it will put the original exchanges on their toes. If they don’t innovate, improve their services, and lower costs, they’ll get disintermediated.

That’s a different question. And here’s the answer: You’ll probably see warning signs of an exchange shutting down before it actually does. I’ve never seen an exchange go from being healthy one day to shutting down the next.

But if an exchange does close down, there’s a small chance you could lose any cryptos you hold on it. It’s a very small chance, but it’s there.

That’s why we recommend you self-custody your cryptos. You should only keep your cryptos on exchanges only for the time necessary to make your trades. Then, put them back in your private wallets.

Editor: Good point… Are there any parting words you’d like to leave with?

Teeka: 2019 is going to be a fabulous year… It might start off a little rough. But you can’t draw conclusions on what will happen the entire year based only on the first few months. Volatility is inescapable. You have to expect it.

That’s because we’ll see the commercial launch of several Wall Street-backed crypto trading platforms. It’ll be the first time that completely non-technical people will be able to buy bitcoin.

The whole pie of buyers is about to get almost 15 times bigger. That’s all you need to know to make money over the next several years in crypto.