Editor’s note: Larry’s message was clear: Traders make mistakes when they let their emotions distract them from a methodical strategy.

When it comes to Larry, that strategy is based on “the time value of money.”

Below, Larry shows how his interpretation of that concept is different… and how, by following it, he’s confident he’ll make it to the “trading hall of fame” …

Daina Schnese: For the last couple weeks, we’ve talked a lot about discipline and consistency. And last week, you mentioned a specific, crucial tenet of trading: The time value of money. How does that apply to your strategy?

Larry Benedict: To start, my idea of the time value of money is different from the broader economic concept – though they are somewhat related. I think of it more as how much time and capital you’re willing to allocate towards making a certain profit on a trade.

So, you have three variables within it… time, capital, and profit target.

Essentially, you must look at how long you have to sit in a trade to make it work. This strategy can be applied to a winning trade that you’re up on, or a loser that you’re down on.

So, let’s say you’ve made some gains on a trade, and you’re wondering if you should stay in it longer to get a little more upside.

Remember… you should only stay in if you’ve earned your risk by having a solid pile of capital and by having a string of good trading days. Otherwise, you’re wasting time that could be spent reallocating that capital into an even better trade idea.

If you haven’t earned that risk, you should just take the gain. Every win, no matter how small, contributes to your capital pile and enables you to eventually take on more risk.

Again, if you’ve built up a good cash pile, you can afford to wait for a turnaround. But if not, you should just take the small loss and move on to another trade that has greater profit potential.

The most valuable asset you have isn’t money – it’s time. And if you’re wasting time as your money wastes away alongside it, your overall profit potential diminishes. That combination is what takes new traders out of the game.

Daina: So is this another example of how to take a loss properly?

Larry: Yeah, you could say that.

Look, I go against the grain compared to most traders. Most traders are looking to make 3,000% on that home-run trade. That happens, what, every three years maybe? And if they’re up 60%-70%, they aren’t taking that profit because it’s not 3,000%.

To me, that’s just silly. If you have a 60% profit on a trade, take it! That position could easily turn into a loser… quickly. As the days go by, and as you hold a position longer, you’re not only adding more risk to an already solid profit… you’re also keeping yourself from redeploying that profit into another lucrative opportunity.

Why wait? I can pocket those gains, and possibly redeploy that money for even more gains. That’s the discipline and consistency I’m talking about.

The time value of money is considering the opportunities that may be missed, the winner that might turn into a loser, or the loser that might continue to hemorrhage, if you stay in a trade longer than you should.

Daina: So you’re not even considering the home run? You’re just focusing on capturing gains when you have them?

Larry: That’s right. And let me tell you why…

Home runs aren’t necessary if you’re slowly, consistently letting gains trickle in. And the bottom line is, when I make money, any kind of money, I’m happy. I’m dancing. Because I’m slowly becoming unbeatable with a large cash pile.

The time value of money is the culmination of discipline and consistency. It’s strategic. You have a number you’re not going to go past on the upside and the downside, and you execute – no matter what. You don’t let your emotions deviate you from that plan.

You’re slowly pulling in profit after profit. That’s how you size up your pile of capital, eventually take on larger and riskier position sizes, and see exponential growth in your trading account.

And you know what? The gains might not look huge on a percentage basis… But when you have a big enough cash pile, those small percentages can amount to millions of dollars. And the fact that I’m able to win a few million here and there a few times a week throughout my career is the reason I’m going to the trading hall of fame.

Daina: Thank you for the insights today, Larry. That’s all we have time for. But we’ll talk soon. 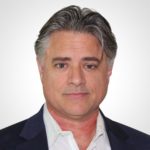 Larry is a former hedge fund manager with over 30 years of investing experience. He’s also known as one of the world’s best traders… and for good reason.

From 1990 to 2010 – when he was actively running hedge funds – Larry never had a single losing year.

Larry’s market commentary is frequently featured in Bloomberg, Barron’s, and The Wall Street Journal, among other major news outlets.