Gold is having a stellar run…

It’s up 18.7% since the start of the year. And it’s breaking out to multiyear highs.

So gold bugs are popping champagne bottles and dancing in the streets in utter glee. Of course, they’ve had to be very patient. The last time they saw action like this was back in July 2016.

Now, it’s wonderful that gold investors are finally seeing some light at the end of the tunnel—rather than another oncoming train.

But let’s keep some perspective here…

From valley to peak, bitcoin has gone up more than 307% since the start of the year—despite all its volatility.

I’m not telling you this to disparage gold, though. As a hedge against the world’s fiat system collapsing, gold makes sense. That’s why at PBRG, we recommend holding up to a 5% allocation of precious metals.

If the world really does go to hell in a handbasket, that 5% allocation could end up becoming more valuable than your other 95% of investment assets.

And if you’re convinced that gold is going significantly higher, I don’t disagree with you. But I’d encourage you to set aside part of your gold allocation to bitcoin.

You see, this year alone, bitcoin’s peak gains have outpaced gold’s by about 16 to 1. And I expect that outperformance to continue.

Before I share why, let me tell you what crisis gold is signaling…

In my opinion, the world’s central banks are undertaking one of the greatest thefts in human history.

They’re exchanging essentially worthless bits of paper for something with real value: gold.

According to the World Gold Council, central banks purchased a record $15.7 billion worth of gold in the first six months of 2019.

The council also reported that central banks bought 651.5 tons last year, up 74% from 2017. And according to Citigroup, their purchases could reach 700 tons this year.

So why are central banks buying so much gold? Well, it’s an indictment on how the world views fiat currency.

Now, I believe the fundamental value of fiat currency will erode dramatically due to inflation.

For instance, the world’s four biggest central banks (from the U.S., the UK, Japan, and the European Union) have pumped over $9 trillion into the global economy since the 2008 Great Recession.

That type of money-printing will lead to inflation. Just look at what happened last week in Argentina—which has an annual inflation rate of 54.4%. One day, things were fine. But the next, the Argentine peso and stock market collapsed over 25%.

Now, I’m not suggesting U.S. stock exchanges will plunge 25% overnight like Argentina’s. I believe quality U.S. companies will continue to do well. They’re inflation-resistant to a certain degree.

In fact, there’s so much cash in the world that institutions need a place to put it. And U.S. stocks are still the best option for investors.

What I am suggesting is that the buying power of all fiat currency could drop dramatically (what I call a global currency devaluation). Under this scenario, the cost of everything goes up for everyone.

Of course, I’ve never seen a global currency devaluation in my lifetime… But I’d also never seen negative interest rates before, either.

Yet according to Deutsche Bank, about $15 trillion worth of government bonds worldwide (25% of the market) now trades at negative yields. That amount has nearly tripled since October 2018.

So it’s possible we’ll see the world’s currency bubble pop. And when it does, investors will look elsewhere for alternatives… 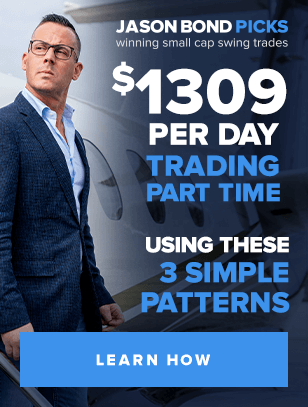 You see, a story is emerging. And it’s, “Oh my goodness, the spaghetti just hit the fan all over the world.”

And while we’ve never had a situation where all currencies got crushed at once… I believe a broad-based currency meltdown is in the offing.

Central banks can paper over problems for a very long time—but not forever. At some point (although I don’t have a date for you), the fiat currency bubble will burst.

In that situation, precious metals like gold, silver, platinum, and industrial metals will benefit. Bitcoin and altcoins will, too.

Now, I’ve already told you Wall Street’s greed will send a flood of money into the crypto space. And you know greater innovation and adoption is around the corner.

So bitcoin and a slew of other cryptos will benefit as money flees fiat currency and looks for an alternative place to hide.

The yuan’s sharp fall on August 5 coincided with a 7% gain for bitcoin and a 9% surge in the overall crypto market cap. And according to Reuters, analysts speculate some Chinese investors were selling the yuan and buying cryptos.

Again, if you’re a gold buyer convinced that gold is going significantly higher, I don’t disagree with you. If you think gold will double, you’ll tie up $1 million to make $1 million. Congratulations! You’ll make 100% on your money.

If that outperformance continues, then splitting a little from gold and going into bitcoin is a no-brainer. To me, it’s digital gold.

So consider it… Think about it… And see if it works for you.

Take a look at how bitcoin has been acting alongside gold. It’s clearly being accumulated as a hedge against a complete loss of faith in currencies.

And whatever happens, don’t be a victim. Make a conscious choice of how you’ll protect your wealth and your way of life as we navigate what could be the unwinding of the biggest fiat bubble of our lifetime.