The King of the Cryptocurrencies has had an amazing rally. Bitcoin is up 65% since we first pointed out the potential for a bullish move, back in February. It’s up 12% since we reiterated our bullish stance just over two weeks ago.

Now, though, bitcoin is quickly approaching our upside target and we’re starting to see signs that the rally may be ending. 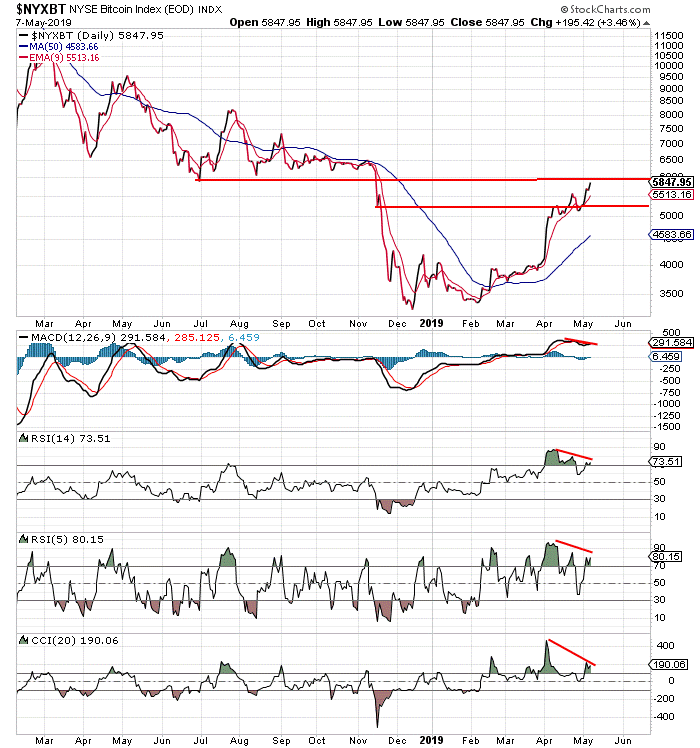 Bitcoin has rallied all the way back up to where it was trading last November – just before diving off of a cliff. This is a natural resistance area, and it would be normal for the bitcoin rally to pause right here, and maybe even pull back a bit.

This is often an early indication that the momentum behind a rally is slowing. Bitcoin has been moving higher. But, it’s not moving higher with as much enthusiasm as before. This usually occurs at the tail end of a rally, and often just before a pullback.

So, with bitcoin now trading at its highest level in six months, with the price bumping into resistance, and with negative divergence developing on several technical indicators, it seems like a pretty good time to lock in some profits.

If you bought bitcoin earlier this year, when we first pointed out the potential for a rally, congratulations. You have a solid gain in just a few short months.

Now, though, it’s time for a pause.