Governments around the world are finally loosening their restrictions on cryptocurrencies… The latest is Thailand in Southeast Asia.

The country’s also setting up a government-regulated portal where companies can issue ICOs.

In short, Thailand is treating cryptocurrencies as a part of its core financial infrastructure. That’s a big step. (Though Thailand… like most of the world… still doesn’t recognize cryptos as “legal tender”. That means businesses and individuals can’t be required to accept it if offered as a payment of debt. But they’re not prohibited from accepting it.)

I believe other countries will soon follow Thailand’s lead. And as cryptos get more integrated with the financial system, we’ll see a torrent of new money flow into the ecosystem – which could send the prices of cryptos soaring.

Thailand’s SEC chose bitcoin, Ethereum, XRP and Stellar Lumens out of the thousands of cryptos that are actively trading because they all meet their standards for liquidity and “decentralization”. That means there’s evidence that the cryptos run on a global network of computers, and it’s clear that no single person, company or government could control or manipulate each crypto.

Bitcoin is the world’s most valuable and widely traded cryptocurrency. It’s fully decentralized. And more than US$1 billion in bitcoin changes hands every day.

Ethereum is the world’s leading smart contract blockchain (smart contracts are computer programs that can execute transactions without human involvement). Ethereum’s ETH is the most popular utility token on the market. Ethereum is also highly decentralized, and the second most valuable crypto by market cap.

XRP, the third-largest crypto, functions as part of a new payment standard for international bank transactions. XRP isn’t fully decentralized in the way that bitcoin and Ethereum are. But Ripple, the organization that created XRP, only controls 7 percent of the network – that was decentralized enough to meet Thailand’s standards.

Stellar Lumens is a bit of an outlier among these four. It’s the ninth-largest crypto by market cap. But Stellar’s blockchain has drawn the attention of international partners, such as International Business Machines (IBM), as a technology for cross-border money transfers. Stellar’s network also isn’t fully decentralized. But similarly to bitcoin and Ethereum, anyone can validate transactions by running the software that operates nodes on the network. IBM, for example, operates seven nodes of its own.

These metrics – liquidity and decentralization – will likely be the gold standard for governments moving forward. 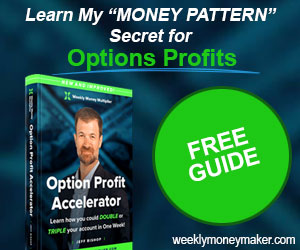 Thailand’s regulatory changes mirror what we’re seeing around the world. Some countries have created crypto-friendly legislation like Thailand, while others have chosen to over-regulate the industry – to the detriment of the development of crypto industries in those countries.

For example, in 2013, China was surprisingly progressive. It welcomed crypto companies and created the world’s first rules around bitcoin and blockchain – the technology behind bitcoin. China has tightened those rules over time. Today, it has a pro-blockchain/anti-crypto stance.

But as the Chinese say, you can’t have both the fish and the bear’s paw.

China’s rapidly changing stance has created a lot of confusion and contradictions surrounding cryptocurrencies, specifically bitcoin. While citizens can own them, they can’t exchange cryptos for real money. That means they can operate crypto miners (for now) – the powerful computers that secure the bitcoin network in exchange for a reward – but they can’t swap those rewards for fiat money.

Banking institutions and their employees in China are also banned from engaging in bitcoin-related business. So the Chinese crypto exchanges moved offshore, too. Both groups took tax revenues, intellectual property, entrepreneurs and innovative technology with them. I believe China’s going to want that back one day, so it may change its rules again.

Meanwhile, Japan was one of the first countries to legally recognize bitcoin as a means of payment. That’s helped it become one of the world’s largest crypto markets.

In short, crypto regulation can attract new investment or drive it away.

And countries that have been reluctant to allow or encourage cryptos could soon model themselves after Thailand. I think it bodes very well for the industry’s growth in the years to come.