Editor’s Note: Every so often, we share investing ideas we think our readers will enjoy. And today, we have a guest essay from a legend in the trading space.

Larry Benedict, a former $1 billion hedge fund manager, did not have a single losing year between 1990 and 2010 while he was actively running hedge funds.

As you can see, Larry has a life-changing kind of talent. And now he’s using that ability to help other investors.

Not only that, but on December 11, he’s making one of the biggest bets of his career… and putting his reputation on the line. Find out more here.

And in today’s special guest essay, Larry shares his philosophy for making millions…

Trading is a business. And like any business, you have to have a goal of what you want to make, and a plan to hit that goal.

When I was running my hedge fund, that was the only way I did business. I had clients write down a number on a piece of paper, and that’s what I made for them.

Similar to those clients, anyone who’s serious about trading should have a goal of what they want to make. A number on a piece of paper that they’re going to make in one month… two months… or whatever timeframe it may be.

And there’s one specific way to achieve that…

You should always look to put a P [profit] on the page. It doesn’t matter if the profit is small – if you have it, you take it.

Why Christmas could be fantastic this year 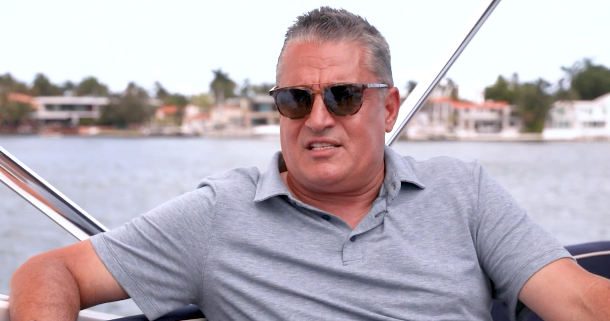 It could be a very, merry Christmas for you and your loved ones this year…

On Wednesday, December 11th, this Market Wizard and retired billion-dollar hedge fund manager will show you the secret he used to generate over $270 million in profit over an 8-year period…

You can use the same secret to generate over $200,000 this year (or more), according to this individual.

This is the only reliable way to hit your trading goals.

Most traders want to make a specific amount of money… but also get there in the fastest way possible. They overleverage their positions, load up on risky bets, and get blown up.

That’s a fast way to become poor, not rich.

The smart trader… the one who’s in the vast minority… is taking small profits every single day.

And if you keep doing that, over and over again, you accumulate a larger base of capital and can afford higher levels of risk… which inevitably leads to bigger rewards.

Trading this way means your winners will outweigh your losers. You won’t be all-in on one high-risk idea – the harbinger of death in the trading world.

It seems obvious and easy to follow, but most new traders don’t think this way…

First, it’s because they get attached to their losers. They sit on a losing position, hoping it will eventually become profitable… and it usually doesn’t.

And second, they never take a profit unless it’s a grand slam. They’ll keep pressing on a winner, even when they’re losing money overall. They think that’s the only way to be successful.

But that’s the wrong line of thinking… and it’s the No. 1 pitfall new traders tend to fall into. They don’t understand how to size their positions according to how they’re trading. They don’t earn their risk. And understanding how to do that is the most important thing in trading. I would allow myself a sum of money to trade and grow. And I kept losing all of it.

At the same time, I had a buddy named Andy who was making money every day. But I couldn’t figure out what he was doing differently.

I called my mom and told her Andy was making so much money and I was losing all of mine. She said, “Just do what he’s doing.”

Here’s what he was doing: Letting profits slowly trickle in.

He wasn’t going all-in on a risky trade idea. He was slowly, but surely, building a strong base of capital.

In other words, putting a “P” on the page, no matter what.

Will 2020 be the year this nearly 11-year-old bull market finally crashes? 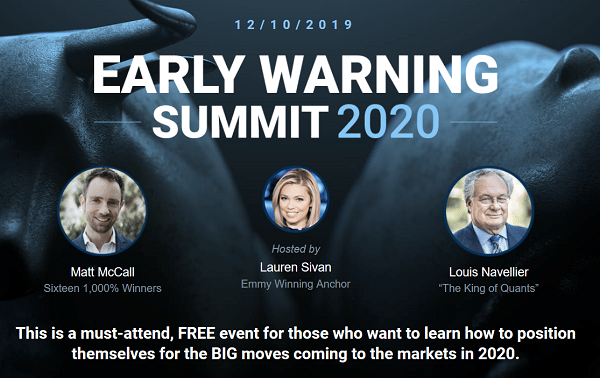 Matt McCall and Louis Navellier Will Share the Stage and Reveal the Massive Market Events That Will Shape 2020 And What They Recommend You Should Be Doing NOW With Your Money.

It took me a long time to grasp this concept. I chewed through all of my money probably two or three times, by making silly mistakes. Things like being too impulsive, going for the home run, or holding onto losers too long… All the basic “no-nos” of trading.

But, each time I chewed through all of my own capital, I learned something. I got closer to learning how to let go of losers and avoid impulsive trades. Then, I got picked up by another firm and they gave me some money to trade and a shot. And over time, I began to figure out proper money management.

It takes both practicing on your own and learning from others. I was lucky because I made all my mistakes early on in my career and was willing and able to bounce back.

The reason I’m telling you all this is to inspire you. Anyone can start small and become a big-time trader – especially if I could…

It all starts with learning how to slowly put profits on the page until you “earn” the ability to take on more risk.

On December 11 at 8 p.m. ET, I’m making one of the biggest bets of my career… and putting my reputation on the line.

I’ve taken the challenge of making $70,000 or more – in less than a day – and donating my entire winnings to a local South Florida charity.

Whether I win or lose, you’ll see the full result. And even better, I’ll reveal the exact method I use to generate such huge profits in such a short time.

Plus, as an added bonus, anyone who attends will receive a free copy of my “Foolproof 50” – the only 50 stocks you need to trade to generate hundreds of thousands in profits.