The pace of crypto adoption and innovation is accelerating all the time. And Teeka says this will push bitcoin to $60,000 – a 338% gain from here.

It’s going from a relatively small market to a massive market. And I said to everybody in 2016 that it was a buying opportunity – in both stocks and bitcoin.

I said, “Don’t sell your stocks. Buy good-quality stocks. This is an amazing buying opportunity.” People thought I was crazy.

And here I am telling everybody, “Hey, it’s a blip. Go enjoy your life. If you’ve got some extra cash, go buy some more bitcoin. You are going to see bitcoin prices make a breathtaking move higher.”

And that’s exactly what we’ve seen.

Then we heard stories coming out about all the institutional adoption of this asset [bitcoin].

We saw people like Paul Tudor Jones come out and say, “Look, I put 1-2% of my assets into bitcoin.” He’s a guy worth $5 billion, who manages $38 billion. This was just shocking.

Fidelity came out and said that it’s providing services to custody – and buy – this asset for its entire institutional base. Something like 60% of its institutional base has expressed an interest in buying bitcoin. 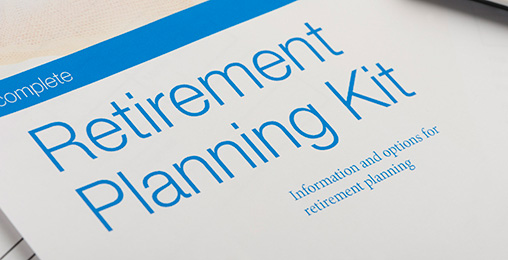 So again, you have to look at what that’s showing us.

It’s showing us that the mass adoption story is real. It’s not just Teeka Tiwari coming down from the mountain, clothed in a loincloth, acting like a crazy man, saying, “Oh my goodness, here’s the New Testament of bitcoin.”

And here I am, like a lunatic, telling everyone all those people were wrong, I’m right, and they should buy bitcoin. I can understand how crazy that must have looked and sounded back then.

We’re in maybe the second half of just the first inning of this move. There’s still so much more money to be made in cryptocurrency.

So you’re going to see bitcoin reach $60,000 or $70,000. I’m not going to paint myself into a corner and say when. But it will happen a lot sooner than most people realize.

What I want everybody to know today is we’re at the very beginning.

Only 35 or 40 million people actually actively invest in cryptocurrencies. And there are 500 million investors in the world. You don’t have to be a rocket scientist to figure this out. It’s just supply and demand.

Chris: You’re not bullish on just bitcoin. You also see bright things ahead for the technology behind it, aka blockchain.

Teeka: A lot of people might be reading about blockchain and not really understanding how transformational it is.

This might sound super boring, but sometimes, the most boring things can change the world, like the integrated circuit.

Imagine explaining the integrated circuit, and how it was going to transform the world, to somebody in the early 1970s. Blockchain is somewhat like that.

Blockchain is a way of storing data and transferring value that doesn’t require a trusted third party.

All throughout human history and human commerce, you’ve always needed a middleman.

Let’s say you’re in Asia and I’m in Puerto Rico. If you and I wanted to conduct business together, we would have needed a bank to act as an intermediary, to protect our interests.

The beauty of the blockchain is that the way it’s designed, it doesn’t require trust to work.

And the way the database is built, it’s incredibly difficult to compromise.

The COVID-19 pandemic has fast-forwarded our adoption of digital technology – digital money, buying things online, more reliance on digital systems. As we move further along into a digital society, we’re going to want to reduce friction from the system.

Because what do middlemen do? They take a cut of everything. So they add costs.

As we move into more of a digital environment, businesses will be looking for ways to reduce costs. That’s what blockchains do.

I’ll give you a prime example – financing global trade.

Right now, it takes about 10 days to do a trade finance deal. It requires swapping tons of paperwork back and forth via FedEx. And all these different intermediaries have to get involved.

Barclays Bank is now using a blockchain to do its trade finance.

The banks believe they can save $20 billion a year by moving all their trade settlement to the blockchain.

Walmart is using a blockchain as part of its food safety, so it can track where all its different food comes from.

Before, it would have taken a week to track a certain item within its supply chain. Now, Walmart can do it immediately. This is the power of blockchain.

Just like how the integrated circuit gradually got adopted and completely changed the face of the Earth we live on today.

You can take every piece of forward momentum we’ve seen in the world technologically – from the internet to every electronic device in our homes – and bring it back to the integrated circuit.

That was the genesis technology that spawned everything.

Blockchain is the genesis technology that will spawn a whole new way of life. And it will spawn new applications of that technology we can’t even conceptualize yet.

Chris: What are your top recommendations for profiting from the crypto revelation that’s underway?

Teeka: If you’re just getting started, I would buy some bitcoin and some Ethereum.

Yes, bitcoin has moved a lot from where it was in March, but it’s just beginning.

Think about Apple computers. You could have bought Apple stock when it was up 1,000%… and still made millions of dollars on it.

Bitcoin is one of those names that’s just going to go higher for years and years.

And the other name is Ethereum. Buy some Ethereum.

People confuse bitcoin and Ethereum all the time. Something that drives me crazy in the media is when they say, “Bitcoin rival Ethereum outpacing bitcoin”…

It’s ludicrous. It’s like saying a Ferrari is competing against a construction crane. It’s that ridiculous. They do two totally different things.

Think of these coins like software. Would you confuse Excel with Word?

Would you say, “Word came out with a new upgrade today. That’s going to threaten Excel”? No, they do two totally different things.

And owning the ether coin, which is part of the Ethereum network, is similar to owning shares.

It’s not directly equivalent. But as people use the Ethereum network more, there’s more demand for the ether token. That drives the value of the ether token higher. Which is a completely different reason for owning a crypto versus owning bitcoin.

If, like me, you believe we’ll see an explosion of blockchain applications built, you may ask, “What is the No. 1 development platform?” It’s Ethereum.

Ethereum is the purest-play bet on the staggering growth we’ll see in blockchain applications.

To learn more about the surge in bitcoin, Ethereum, and other cryptos I see ahead, go right here.