“Did I just lose all my Bitcoin?”

As the longest-running newsletter with a cryptocurrency portfolio, we get a lot of questions like this one from reader Cathy C. (We’ll withhold her last name to protect her privacy.) 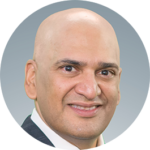 (We get 100s of questions every week from my subscribers. On November 2nd, I’ll address the most frequently asked ones in my FREE training webinar. And you’ll have the chance to claim your share of my $1 million dollar Bitcoin giveaway.

Make sure to mark your calendar.)

Because of Bitcoin’s rapid growth over the past few years, the Bitcoin network at times experiences bottlenecks.

This happens when there are too many transactions to process at once. And that can result in an unconfirmed transaction.

It can take hours to verify smaller transactions. And to a novice, it looks like their Bitcoin just disappeared.

But the Bitcoin is never lost. And the transaction will go through.

Like any new technology, Bitcoin is going through growing pains. In this case, the network needs to expand (called “scalability”).

I’ve been researching Bitcoin for a long time. And I see a solution on the horizon.

If the Bitcoin community can make these fixes, it will make Bitcoin more user-friendly. And much more profitable for investors.

Here’s my research right hand, Greg Wilson, to explain why Bitcoin’s scaling problem is such a big deal…

Three Reasons Why Bitcoin Is About To Get Even Better

Longtime readers will know that the underlying technology of Bitcoin is called the blockchain. The blockchain is a digital public ledger that tracks Bitcoin transactions.

Now, think of the blockchain as a two-lane highway in a small city.

If the city grows, traffic on the highway will increase. And that will cause traffic jams if the highway is not expanded.

But if you add new lanes to the highway, you can increase its capacity.

That’s where Bitcoin is now. It needs to add capacity to handle the increasing number of transactions on the network.

There are three modifications Bitcoin can make to solve this problem. I think we’ll see them implemented within the next year.

Adding Lanes to the Bitcoin Highway

The first modification is called SegWit.

Without getting technical, SegWit increases the size of each block on the blockchain.

It’s like being able to print on two sides of a piece of paper instead of one. You just doubled your capacity.

This August, SegWit was activated on the Bitcoin blockchain.

On April 26, a cryptocurrency called Litecoin activated SegWit on its blockchain.

SegWit is already making a difference with Bitcoin and helping it scale at a rapid rate. SegWit transactions now account for over 7% of all Bitcoin transactions. And that percentage continues to grow.

The next modification on the horizon is called the Lightning Network. It works on top of the Bitcoin blockchain.

The Lightning Network uses payment channels. That allows near-instant transactions at rates of millions per second. And the fees are just a fraction of a cent. The local payment channels all tie into the global Bitcoin network.

What’s exciting about the Lightning Network is that it can be made to work with altcoins through atomic swaps.

In short, an atomic swap enables the decentralized trading of blockchain assets. For example, you could trade Bitcoin for litecoin without going through a centralized exchange.

The Lightning Network will give Bitcoin the speed demanded by the marketplace. And it could enable trust payment processors and decentralized exchanges.

The final modification is called Rootstock.

The program offers many features. But the one I’m most excited about is smart contract functionality.

This feature will increase the capability of the Bitcoin network.

If Bitcoin adopts all three modifications, it will be like going from a two-lane highway to an interstate freeway with six lanes. And that will solve Bitcoin’s scaling issue.

That’s a huge deal for users and investors.

Bitcoin is about to become more user-friendly. As it becomes easier to use, we’ll see increased adoption.

And that means we’ll see the price go up further.

You still have an opportunity to get in before the masses. And the easiest way to profit is to buy Bitcoin today.

If you want to be part of this trend, we suggest you own a bit of Bitcoin. It’s the most widely used cryptocurrency.But if you’re interested in learning how to turn small, $100-500 stakes into outsized gains by trading smaller cryptos – tune in to my FREE training webinar on November 2nd at 8 p.m. (Eastern & Pacific), where I’ll be giving away $1 million dollars’ worth of Bitcoin. Hope to see you there…