In 1984, 10-year-old Wences Casares was in school when his mother showed up unannounced. She was carrying two grocery bags full of cash – the wages from her latest paycheck.

She took Wences and his two sisters out of school. Then she led the children to a grocery store and ordered them to grab all the food they could carry.

Wences and his family lived in Argentina during one of the many waves of hyperinflation that hit the country. Hyperinflation is like inflation on steroids – it’s when the prices of goods and services rise extremely quickly, typically over 50 percent a month. (By comparison, inflation in the U.S. right now is around 1.6 percent – per year.)

Wences remembers rushing to pay for the groceries before the shop attendant could raise the prices of the food he had in his arms.

At the cash register, Wences’ mother gave them any leftover money and instructed them to buy more food. With inflation running out of control, holding onto to even a single peso was as good as burning it.

Not all cash is equal

Hyperinflation happens because governments can print currencies – like pesos, dollars or yuan – at will. And when they print too much, it almost always leads to rising prices (what we call inflation).

Most of the developed world has enjoyed relatively moderate inflation (around 2 percent or less) for several decades.

But other countries haven’t been so lucky. As you can see in the table below, hundreds of millions of people live in markets suffering from sky-high inflation rates.

A recent example of hyperinflation is Venezuela. As you can see in the table above, the inflation rate is 1.7 million percent. Much like Argentina in the early ’80s, food and fuel shortages are common. Poverty and hunger is so pervasive, the average Venezuelan lost 24 pounds in body weight, according to a 2018 survey.

But unlike Argentina in the ’80s, Venezuelans are able to turn to cryptocurrencies to protect their wealth.

Bitcoin has a finite supply of 21 million coins. Without a fundamental change to the network software, no one can create more of it out of thin air. In that way, bitcoin’s like digital gold – a currency that’s immune from government manipulation. It’s a way to protect yourself from inflation.

And as Casares – our sack-of-cash shopper – learned a few years ago when he gave two high-level European hackers US$250,000 to try to hack the bitcoin network, the cryptocurrency is unhackable.

(Casares was so impressed with bitcoin, he went on to start a bitcoin wallet and vault company called Xapo. By some estimates, Xapo now stores US$10 billion of bitcoin for its customers in underground vaults across five different continents.)

Venezuelans see the value of bitcoin to protect them from government mismanagement.

Even with bitcoin’s volatility, it’s a huge improvement over the bolivar (Venezuela’s fiat currency). And on some days, bitcoin trading now exceeds trading on Venezuela’s largest stock exchange.

And what we’re seeing in Venezuela is just a glimpse of what’s to come. 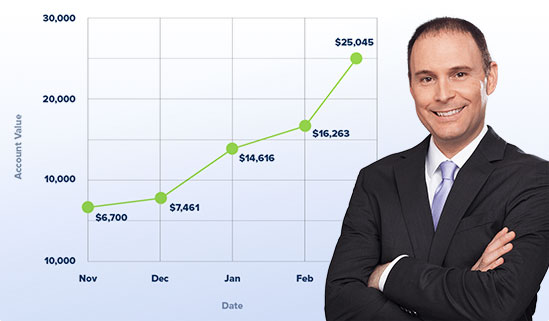 With hyperbitcoinization, the price rise is caused by everyone simply abandoning the local currency for bitcoin. For this to happen, bitcoin has to have advantages over the local currency… It would need to be faster, for example, easier, more secure or more trustworthy.

Right now, there are over 10,000 bitcoin nodes located in over 100 countries. These nodes are computers that run a program that processes bitcoin transactions. This is the payment infrastructure of the bitcoin network and regular people are building it themselves.

And as more people in more countries accept bitcoin, so will the companies they do business with. When that happens, local currencies could collapse as people move quickly into bitcoin. As they switch over, they’ll sell the local currency to do it. That would trigger the rise in prices that would make it even more tempting for people to switch to bitcoin.

It’s a domino-like scenario that’s unthinkable to a lot of investors. But for anyone who has lived through currency collapses, it’s easy to understand… people are simply moving from an inferior form of money to a better one.

In short, bitcoin’s payment infrastructure is still developing, but I believe it will soon reach the point where hyperbitcoinization’s not just possible… but inevitable. And that could happen far faster than anyone expects.