Teeka Tiwari has been involved in the markets for over 30 years. So he’s seen a lot of investing trends come and go. And that experience allows him to spot money-making opportunities in the market.

In today’s interview, Teeka tells me about one stock market trend that can make investors consistent, low-risk gains. But before we get to that, I got his take on the mysterious death of a crypto millionaire. It’s a real-life story that’s stranger than fiction…

Editor: Thanks for joining us, Teeka. In a moment, I want to talk to you about a low-risk opportunity you’re seeing in the stock market.

But first, there’s a strange story about a crypto exchange that recently went bankrupt.

The owner died mysteriously and took the passwords and private keys to his clients’ crypto accounts to the hereafter with him. The case reads like a movie script.

Can you tell us what’s going on?

Teeka: Sure… To me, it looks like an exit scam.

The story involves a Canadian-based exchange called QuadrigaCX. The exchange holds about $190 million worth of cryptocurrencies.

On the surface, the story doesn’t seem that odd.

In December 2018, the exchange’s CEO, Gerald Cotten, died suddenly while on a trip to India. The “official” cause of his death was complications from Crohn’s disease.

But here’s where things get weird…

Cotten died without giving anyone else the private keys or passwords to access his clients’ crypto accounts. He didn’t even reveal them to his wife or business partners.

So now, the $190 million in crypto funds is stuck in limbo. The company even hired tech experts to hack his computer to retrieve the funds. But some of it may be lost forever.

And the story gets even stranger from there…

He died in a part of India notorious for issuing fake death certificates. You can get them from doctors in the area for about $300.

That alone is suspicious. But he also changed his will just 12 days before he “died.” He made a very detailed will—and even left money to his two pet Chihuahuas.

Now, if you’re worried about dying on a trip to a foreign country, it’s normal to update your will. But if you have the foresight to do that… how do you not leave the backup keys with your team or spouse?

On top of that, someone moved over $1 million worth of coins from the exchange the week before Cotten died… So it looks like someone knew something was happening.

One victim had his life savings—over $400,000—locked up in the exchange… He stands to lose all of it. 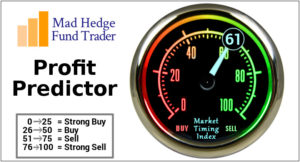 Millionaire Investor, and Founder of the Modern Day Hedge Fund John Thomas Gives You The 5 More Important Things That Happened Today… AND WHAT TO DO ABOUT THEM!

Editor: That is very suspicious… Is there anything QuadrigaCX account holders can do?

Teeka: The only thing QuadrigaCX customers can do is pray some trusted authority finds those private keys… Because if they’re lost or stolen, they stand to lose everything.

But they shouldn’t have stored their cryptos on an exchange in the first place. No one should take on exchange risk.

That’s why I always tell my subscribers to set up cold-storage wallets. Like flash drives, they’re hardware devices you can use to store your private keys. And you can even encrypt them.

I prefer wallets because even large exchanges can suffer from malfeasance or bad decisions. And people who store cryptos on those exchanges could be out of luck—just like the folks who have accounts on QuadrigaCX seem to be.

So you need to self-custody your crypto assets. And personally, I think that’s one of the best reasons to own cryptocurrencies.

When you self-custody, you have control over your assets. But you’re also responsible for them. You have to be careful with your private keys… Always make sure you store them somewhere safe. 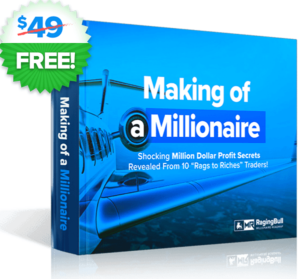 Send Me My Guide!

Editor: That’s an incredible story, T. But it’s comforting to know that you can avoid this problem by using a personal wallet.

Now, you’ve also been excited about a certain opportunity in the market. What is it?

Teeka: I’m excited about all the merger and acquisition [M&A] activity we’re seeing. It’s one of the greatest opportunities in the market right now.

And we’re going to see a lot more mergers happen this year. Corporations have a ton of cash that they don’t know what to do with. And money’s still very cheap to borrow because of low interest rates. So nearly every corporation has access to large amounts of capital.

These companies need to grow their earnings in a low-risk way. One way to do so is to buy already-profitable businesses.

And many companies are trading very cheaply right now—especially in the tobacco and healthcare spaces. I’ve been talking about how cheap they are for years. And for some reason, the stock market has also been ignoring the biotech/pharma sector, too.

But industry players are starting to realize how cheap these stocks are. We’ve seen companies such as Celgene, Loxo Oncology, and Tesaro get multibillion-dollar buyout offers in the last two months alone.

So we’re going to continue seeing M&A activity through this year.

Editor: You’re right, T. We could see a record year in M&A.

In 2018, we already saw $4.1 trillion in M&A activity—the third-highest on record. And according to a recent Deloitte poll, 79% of executives believe there will be increased M&A activity in 2019.

But how can readers make money off this megatrend?

Teeka: One of my favorite strategies to play this trend is called merger arbitrage. It’s a low-risk technique used by hedge funds and big money managers.

In merger arbitrage, you buy a company after it receives a buyout offer, but before the offer gets finalized.

You can make consistent, high-single-digit to low-double-digit annual returns using this strategy.

The problem is some people turn up their noses at these types of returns and say, “I’m only going to make 12% annually. I’ll pass.”

But what these people don’t realize is that if they can make 12% annually, they’re crushing the returns of just about every professional money manager out there.

Editor: Why do you think people ignore these money-making strategies?

Teeka: I don’t want to get too philosophical, but most people come to the market with an emotional desire for action. They don’t come to make money.

They think they do, but they really don’t. They want to feel like they’re doing something by buying and selling investments.

So these investors could’ve tripled their returns just by doing nothing! But because they’re trading in out and out of the market, they’re missing out on the large gains.

The successful investors I know take emotions out of the equation and use a system or strategy to beat the market.

Safe strategies can really move the needle on your life. For the bulk of my “safe money,” if I can make 8% a year, I’m ecstatic. Anything else is gravy.

My number one rule of investing is: Don’t lose money. And I’d rather make 8% per year with little to no risk than earn 15% with lots of risk.

It’s important to earmark your safe money separately from your speculative money. If you want to take big risks, you can just make sure to use a very small portion of your liquid net worth—5% or less.

Editor: I love finding safe ways to generate income in the market. As always, thanks for the great advice, T.

Achieve up to 86.7% Accuracy In Your Entries and Never Risk More Than $100 Per Contract