Editor’s Note: Even if you haven’t been following the cryptocurrency market, you should know it’s the best-performing asset class since the start of the year.

But bitcoin has been doing most of the heavy lifting. The world’s most popular crypto makes up 56.5% of the overall crypto market cap.

That has many people wondering whether bitcoin will leave behind the so-called altcoins. So to get the answer, I reached out to world-renowned cryptocurrency expert Teeka Tiwari…

Editor: Thanks for joining me today, Teeka. The altcoin market is up 98% since January 30. But bitcoin is up 132% over that span. Why is the altcoin rally trailing?

You see, bitcoin is just crushing the altcoin market. So investors fear their other coins will get left in the dust. Some folks have even asked me if they should sell all their altcoins and go all-in on bitcoin.

But the first thing everybody should do is just take a deep breath. What we’re seeing now is perfectly normal.

Every time crypto emerges from a brutal bear market, bitcoin rallies first. On average, it outperforms for about six months. But after that, the altcoin market catches up. And in many instances, it even surpasses bitcoin.

The Following Message About President Trump

WILL BE DISTURBING TO SOME AUDIENCE 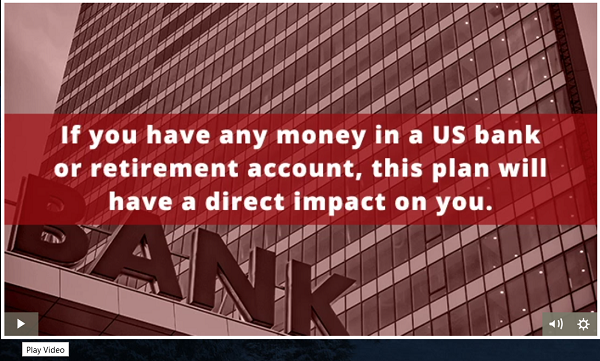 Editor: And why do you think altcoins will catch up?

Teeka: As I said before,cryptos are unlike other asset classes. They don’t react to the vagaries of the business cycle.

But the only asset in the world I’ve discovered that trades completely independent of the business cycle are crypto assets. That makes them incredibly valuable. It means they have a place in every single portfolio out there.

I’ve been traveling and meeting with “bitcoin whales,” money managers, and family offices. And I can tell you their appetite for allcrypto assets—not just bitcoin—is exploding.

The future we’re moving to is one where every money manager in the world will add some bitcoin, ether, and altcoins to their portfolios. And they’ll do so because studies show they can make more money and lower their overall risk by adding them.

Learn how this massive payout plan…

Offered by the most profitable company in marijuana…

Could double your retirement savings starting with as little as… $50.

Wall Street will not advertise it.

Editor: So what do you say to people who say it’s taking too long to happen?

Teeka: Look, institutions want to be in this market. They just don’t have the infrastructure to get into it—yet.

The same is true with bitcoin right now. It wasn’t initially built for a massive onrush of institutional capital. But people are finally building those roadways.

Even Facebook is rolling out its coin to 2.7 billion people. These are soccer moms and people who aren’t necessarily interested in crypto… But all of a sudden, they’re going to be educated on crypto by one of the largest companies in the world.

All along, I’ve been saying 2019 would be the year of Wall Street greed. That’s why this rally doesn’t surprise me—and it shouldn’t surprise anyone else, either.

We’re only at the very beginning of this move. And the prices we’ll see as this money comes into the market will be unfathomable. The rally in front of us will be so much larger than what we’ve ever seen because there will be so much more money going into crypto than ever before.

Editor: Any final advice for our readers?

But I do it because of the value I know I’m providing to my subscribers as we navigate through this market—together. And I say this because investing in cryptos isn’t something you want to go through alone.

The emotional highs and lows can be debilitating. So you need someone who can just come to you and say, “You know what? Let’s take a deep breath and stay rational. Let’s build our portfolio, put our positions to work, and let time do the heavy lifting.”

Look, I don’t want our readers worrying about bitcoin’s relative outperformance. The altcoins will catch up. Just be patient.

We’ve sat through 18 months of a horrible bear market. The hard part is over. So now’s the time to add new ideas and be patient as this new, emerging bull market takes shape.

Because you haven’t seen anything yet.

Editor: As always, great advice. Thanks for your time, Teeka.