“I think bitcoin is a real fraud.”

That’s what legendary investor Mark Mobius said of the world’s most popular cryptocurrency in 2018.

Fast-forward a year later… and Mobius now says he believes bitcoin is “alive and well.”

Mobius is the former executive chairman of Templeton Emerging Markets Group. During his 30-year tenure, the group went from managing virtually nothing to over $28 billion in assets.

That made Mobius a legend on Wall Street…

So what converted this old-fashioned stock and bond investor to cryptos?

In his own words:

There’s definitely a desire among people around the world to be able to transfer money easily and confidentially. That is really the backing to bitcoin and other currencies of that type. So I believe it’s going to be alive and well.

And this isn’t the first major about-face we’ve seen on bitcoin, either…

In 2017, JPMorgan CEO Jamie Dimon called bitcoin a “fraud,” saying he’d “fire in a second” anyone caught trading bitcoin at JPMorgan. Yet earlier this year, the bank announced it’s launching its own cryptocurrency.

Now, Mobius has yet to buy any cryptos himself. But his shift on bitcoin is indicative of a larger shift among big money managers.

After years of dismissing cryptos as “dark money” for terrorists, drug dealers, and gun runners… Wall Street is finally opening its portfolios to this emerging asset class.

In fact, world-renowned cryptocurrency expert Teeka Tiwari has said for months that 2019 would be the year of Wall Street greed.

And he explained why institutions will add cryptos to their portfolios: They’re uncorrelated assets. Here’s what he told me on May 16…

And right now, traditional asset classes—stocks, bonds, and commodities—are mostly moving in sync with each other.

So I’ve been saying for years that we’d see institutions add bitcoin to their portfolios to smooth out volatility and increase risk-adjusted performance.

In the future, crypto assets will be in every major institutional portfolio. That’s why I called 2019 the year of Wall Street greed. And as we can see by bitcoin’s recent price action, that narrative is emerging. 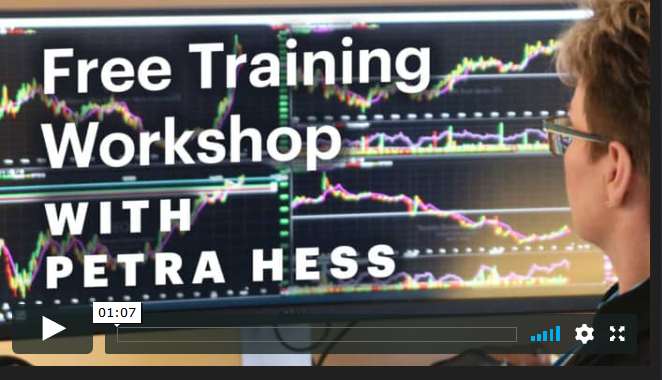 Tranquil Trading: “All You Need is 3 Simple Trend Lines”

And the numbers are backing that up. In fact, a new study from Fidelity found that institutional investors are preparing to invest in cryptos…

Here’s how Fidelity summed it up:

So how can ordinary investors position themselves for this “truckload of money” headed into the crypto space?

The Biggest Rally We’ve Ever Seen

Yesterday, Teeka told me we’re moving to a future where every money manager in the world will add some bitcoin, ether, and altcoins to their portfolios:

We’re only at the very beginning of this move. And the prices we’ll see as this money comes into the market will be unfathomable. The rally in front of us will be so much larger than what we’ve ever seen because there will be so much more money going into crypto than ever before.

Now, crypto is the best-performing asset class year-to-date. But with institutions headed into the space with truckloads of cash, prices are most likely headed higher.

And the simplest way to take advantage of this flood of institutional money is to buy some bitcoin before prices explode. Plus, you’ll need bitcoin to buy other altcoins that’ll ride the institutional wave.

Remember, you don’t need to bet the farm. Just a tiny stake is all you need for the potential of life-changing gains.