Twitter CEO Jack Dorsey is one of the world’s biggest bitcoin bulls. And he’s putting his money where his mouth is…

Last week, he appeared on the podcast, Tales from the Crypt. In the interview, he said he’s purchasing $10,000 worth of bitcoin every week.

Now, Dorsey’s a billionaire, so $10,000 per week isn’t much for him. But it’s significant because he’s part of a bigger social media movement called “#StackingSats.” (“Sat” is an abbreviation of Satoshi, the smallest unit of bitcoin.)

And the fact that Dorsey continues to buy bitcoin at this rate during “Crypto Winter” is a strong endorsement of its staying power. But what really piqued our interest is Dorsey’s prescience: He thinks bitcoin will become the “native” currency of the internet. 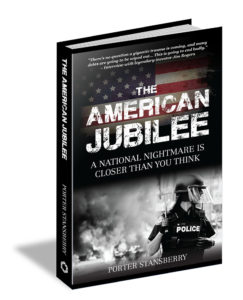 Born on the Internet

Dorsey is a pioneer in the tech space. He co-founded Twitter in 2006, growing it from an obscure messaging app into one of the world’s largest social media platforms, with over 300 million users (including President Trump).

He’s also the founder and CEO of Square, a financial services and mobile payments company based in San Francisco. Square allows individuals and merchants to accept offline debit and credit cards on their smart devices. It also supports bitcoin trading.

Dorsey helped turn both companies into multibillion-dollar enterprises. So he knows a thing or two about internet technology…

That’s why we’re intrigued by his views on the future of bitcoin:

Dorsey says bitcoin will likely become the currency of choice for internet commerce because it’s the largest, most liquid crypto. Plus, it has first-mover advantage. And it has something that other cryptos don’t—brand recognition…

The brand strength, the brand of bitcoin is really spectacular. It enables more of that resilience. It’s a mainstream, well-known “household” concept. Not everyone really knows what it might be for and may have different perspectives on what it does… but everyone knows that it’s digital currency, digital money, a digital asset.

Admittedly, Dorsey says the adoption of a global internet currency is down the road. But that’s why you want to get in now…

If bitcoin does become the native currency of the internet—as we believe it will—mass adoption will drive its price to new highs.

And as exciting as bitcoin becoming the internet’s native currency sounds, that’s not the major reason we’re all-in on crypto in 2019. 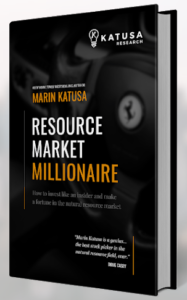 When a guy like Dorsey is betting big on crypto, he’s probably onto something. And we think we know what it is: Wall Street’s greed.

The firm also interviewed nearly 450 institutions—from wealthy families and hedge funds to pensions and endowments—and about 22% already own crypto. And those that do expect to double their allocations over five years… which will only expand the crypto market further.

Here’s what Teeka told me in January:

Compared to about 35 million crypto holders, there are nearly 500 million stock buyers in the world who have never owned crypto. […]

Whenever a tiny market becomes a massive market, prices rise—especially when it comes to a finite instrument like bitcoin.

So we think Dorsey is trying to get ahead of this tidal wave of institutional capital headed into the crypto space. And crypto investors should follow the smart money…

You can do so by buying a small amount of bitcoin. Remember, crypto is volatile, so don’t bet the farm. You just need small stake to make life-changing gains.