I’ve never been a huge fan of gold… But I am a fan of making money.

Most of the time, I consider gold an atrocious investment. It pays no dividend. It has limited industrial uses. And it can go through long stretches of time where its price goes nowhere.

Generally, I treat gold and precious metals as disaster insurance. So we recommend you allocate no more than 5% of your portfolio to this asset class.

But under certain conditions, gold prices soar. And along with them, certain gold stocks explode even higher.

The Gains Are Ludicrous. The Speed To Gains Is Insane. And The Sheer Volume, Is Unprecedented.

The gains are ludicrous.

The speed to gains are insane.

And the sheer volume of gains is unprecedented.

179 so far since December. With dozens more expected in the days and weeks ahead.

These gains are NOT normal. And NOT to be expected.

And, on July 15, at 8 p.m. ET, multi-millionaire angel investor, Jeff Brown, is going to show YOU how to get in on them…

So you can be $128,000 richer in the coming weeks – and much, much wealthier in the months and years ahead.

In early April, I saw a catalyst coming that would push gold to all-time highs. So I recommended my Palm Beach Letter subscribers buy three gold stocks.

You see, governments across the world began cranking up their “printing presses” to combat the COVID-19 pandemic. They’re spending unprecedented amounts of cash to rescue their economies.

I knew this money-printing would lower what we call “real rates.” And when real rates fall, gold prices zoom higher.

So far, my thesis has held.

While that’s a great return, it’s nothing compared to my favorite asset class. In April, I told you to buy it, along with gold, to hedge against falling real rates… 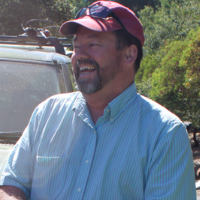 Based on my research, gold could reach $15,000 from today’s prices, if real rates continue to fall.

Yet, even with that potential upside, I believe we can see even higher returns in bitcoin.

Now, I’ve always maintained that bitcoin is one of the best hedges against chaos in the traditional financial world.

And so far, it’s proving true…

Bitcoin is outperforming these other assets… and it still hasn’t gotten a boost from the “halving” phenomenon yet.

Remember, the halving is when the supply of incoming bitcoin is cut in half. The most recent halving occurred in May.

I still fully believe we’ll see bitcoin’s price explode post-halving. And like gold, I expect it’ll get a boost as central bankers pump trillions of dollars into the financial system.

But the most immediate tailwind will be tightening supply meeting increasing demand.

Institutional buyers will drive the first wave of demand.

Meanwhile, brokerages like TD Ameritrade are rumored to roll out crypto services to their clients soon.

The second wave of demand is one I didn’t even account for: Millennials.

Why Everyone is Getting Rich Right Now … And You’re Not

Thousands of Americans have been hit by a wave of wealth in the wake of COVID-19. Stocks are up 40% since the crash, yet some lucky retirees have the opportunity to see 100%+ gains because of what’s coming next. How are they doing it?

For the first time in history, two millionaire investors have joined forces to help you learn the secret moneymaking strategy of the wealthy and connected.

Just last month, reports surfaced that PayPal and its subsidiary, Venmo, may roll out direct sales of crypto to its 325 million users. These platforms are popular among millennials, because they can send money instantly to friends and retailers.

Nearly 35% of U.S. labor force participants are millennials, making them the largest generation in the country.

Millennials have grown up with digital assets their whole lives. So bitcoin makes a lot of sense to them.

According to a survey by Bitcoinist, almost half of U.S. millennials (ages 24–39) trust crypto exchanges more than stock exchanges. And studies show millennials prefer to own bitcoin over gold.

What’s really interesting about this global younger generation is they’re set to inherit about $68 trillion worth of their parents’ wealth.

In my opinion, a lot of that money is going to find its way into digital assets.

So we’re seeing an entirely new – and previously unaccounted for – market open to crypto. And that’s bullish for bitcoin.

It may seem like it’s not moving much. But I want you to think about this logically…

Currently, bitcoin operates in a relatively small pond of about 35 million users. But institutions will expose this asset to 500 million potential global investors. And payment platforms will roll out direct sales to hundreds of millions of users.

Regardless of what bitcoin’s price is doing today… doesn’t it make sense that if you expand the pool of buyers by almost 15x, you’ll see much more demand for bitcoin? If you believe that to be true as I do, then you must own bitcoin right now.

Because it’s only a matter of time before it reaches all-time highs again.

Friends, we have the rare chance to make life-changing gains from two explosive trends: gold stocks and bitcoin.

I believe you should absolutely own some of each.